Good morning. This article is an on-site version of our FirstFT newsletter. Sign up to our Asia, Europe/Africa or Americas edition to get it sent straight to your inbox every weekday morning

The chancellor’s Autumn Statement will intensify the financial hardship facing millions in the country and begin years of austerity in public services, but he will claim the pain is necessary to curb soaring prices and restore faith in the UK. Inflation hit a 41-year high in October, accelerating to 11.1 per cent on the back of rising energy and food costs.

While Hunt will insist that taming inflation is the ultimate “growth strategy”, the chancellor will also announce a crucial City of London reform intended to allow insurance firms to release billions of pounds of capital to invest in green energy and other infrastructure projects.

The reform of EU “Solvency II” rules comes at the end of months of tense negotiations between the Treasury and the Bank of England, which feared that looser capital rules could make the sector less safe. A number of sources told the Financial Times a compromise had been reached.

Although Rishi Sunak has spent the past four days at the G20 summit in Indonesia, the prime minister’s fingerprints will be all over the chancellor’s fiscal policies as the pair put their differences aside to calm markets.

We asked, you answered

“I was against a windfall tax, but the ‘cap’ alternative is worse. We need renewable investment and I believe manipulation of the market price is more damaging . . . than short-term windfall taxes” — William Jackson, Berwick-upon-Tweed, UK

“This is an excellent idea if you want to drive all new investment in renewables to Europe” — Nigel Rawlings, Kent, UK

Five more stories in the news

1. Genesis Trading halts withdrawals at lending unit The New York-based crypto financial services group has suspended redemptions at its lending unit following “abnormal withdrawal requests which have exceeded our current liquidity”. Genesis’s troubles are the latest sign that the failure of Sam Bankman-Fried’sX is sending shockwaves across the industry.

2. Ukraine and allies at odds over missile in Poland A disagreement broke out yesterday between Kyiv and its western allies over who launched a missile that exploded in Poland, with Nato, Warsaw and Washington saying the weapon was likely fired by Ukraine’s air defence forces during a round of fighting with Russia.

“This is not Ukraine’s fault. Russia bears responsibility for what happened in Poland yesterday because this is a direct result of the ongoing war” — Jens Stoltenberg, Nato secretary-general

3. UK health spending over past decade lags Europe by £40bn a year The country has spent about 20 per cent less per person on health each year compared with similar European countries over the past decade, according to new research that shows how the NHS has been starved of funding. 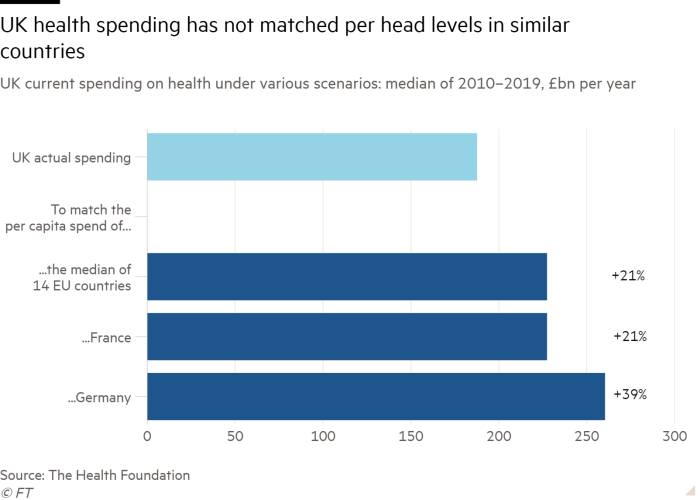 4. Republicans win control of US House of Representatives The party will take back control of the House by a narrow margin, ushering in a new era of divided government in Washington after Democrats retained a Senate majority in unexpectedly close midterm elections.

5. France and Germany to fire up stalled fighter jet project The two countries are ready to move to the next phase of their flagship fighter jet project, rekindling Europe’s largest weapons programme and removing a critical irritant in their bilateral relationship.

Economic indicators The EU releases its October harmonised consumer price index, in which inflation is forecast to hold steady. In the UK, the Bank of England’s chief economist Huw Pill speaks on a panel about what is next for central banks at the Bristol Festival of Economics. The US reports unemployment benefits claims for the week ending November 12. (Bloomberg, Bristol Ideas)

Corporate earnings Investors will be eager to see what Burberry chief Jonathan Akeroyd has come up with to boost growth when the British luxury fashion house reports first-half results. Analysts expect he will focus on improving profit margins, which have lagged behind larger French and Italian rivals. Other companies delivering earnings include Fuller, Smith & Turner, Investec and Siemens. View the full list here.

What else we’re reading

Britain’s difficult decision on space After two years of deadlock from UK-EU Brexit tensions, attractive contract opportunities in the country’s space industry have passed, and many feel it is too late to win those that remain. What can the government do to change this? Peggy Hollinger explores.

Politicians crave public ‘shot at redemption’ Do all political careers inevitably end in failure? These days, British and American politicians seem to descend into ignominy, humiliation — a lot of it self-generated — and a weird, almost immediate desire to find a way back. This has experts diagnosing a rise in narcissistic leaders, writes Miranda Green. 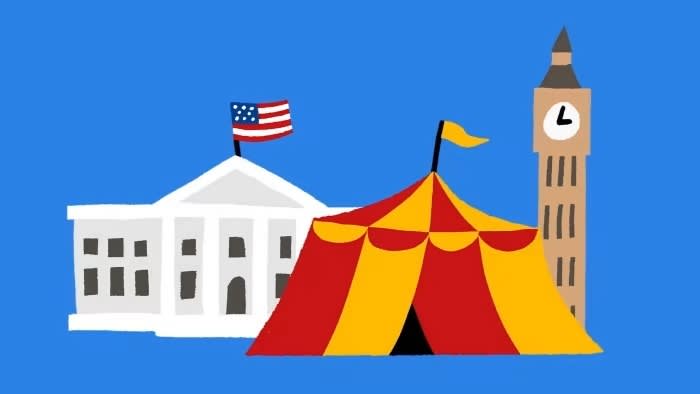 Miranda Green: ‘Turmoil in the Conservative government has produced a parade of characters whose careers and reputations are hitting the buffers at speed’ © Ben Hickey

What Elon Musk misunderstands about this generation Once the novelty of workplace flexibility wears off and recession hits, staff will become less demanding. Or so the argument among corporate leaders goes. Twitter’s new owner has told employees to commit to “extremely hardcore” work. But Gillian Tett argues that this quiet rebellion in the workplace could be here to stay.

Trade should play its part in saving the planet For decades now, environmentalists and free-traders have been circling each other in mutual suspicion. But this dysfunctional relationship misses a big opportunity: increasing positive environmental measures in trade, writes Alan Beattie. Subscribe to his Trade Secrets newsletter here, delivered every Monday.

Gareth Southgate puts faith in England’s trusted players Despite a humiliating 4-0 defeat at home against Hungary this summer, England’s manager is placing his trust again in the 26-man squad in Qatar’s World Cup, as questions swirl around both form and fitness of the players.

Rupert Murdoch has used his media empire to acquire unrivalled political influence on three continents, so the question of who will inherit that power — and what they might do with it — still matters. In that regard Paddy Manning’s unauthorised biography The Successor is as well timed as it is cannily titled, writes US business editor Andrew Edgecliffe-Johnson. 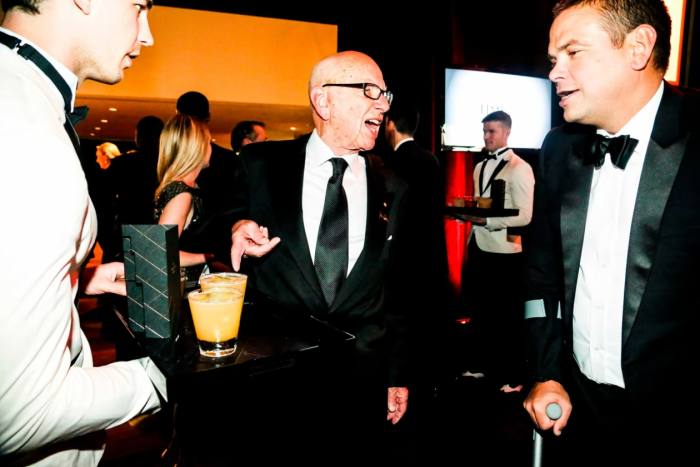 Rupert Murdoch, centre, and his son Lachlan, right, at an event in New York in 2015 © New York Times/Redux/Eyevine

Thank you for reading and remember you can add FirstFT to myFT. You can also elect to receive a FirstFT push notification every morning on the app. Send your recommendations and feedback to [email protected]

Recommended newsletters for you

The Climate Graphic: Explained — Understanding the most important climate data of the week. Sign up here

Long Story Short — The biggest stories and best reads in one smart email. Sign up here

Show Me the Bodies — Peter Apps’ chronicle of...